Taken from the January/February 2017 issue of the Women’s Health Activist Newsletter. The day after the election the reporter wanted to know: should women be worried? Yes. President-elect Trump enters office having boasted about using his wealth and power to sexually assault women without consequence, and has responded to allegations of assault and rape with a promise to litigate into silence any woman stepping forward or any media outlet covering…

Taken from the January/February 2017 issue of the Women's Health Activist Newsletter.

The day after the election the reporter wanted to know: should women be worried?

President-elect Trump enters office having boasted about using his wealth and power to sexually assault women without consequence, and has responded to allegations of assault and rape with a promise to litigate into silence any woman stepping forward or any media outlet covering her claim. His business ventures have a well-documented history of discrimination against women and people of color, and his rallies openly trafficked in misogyny and racism. On the campaign trail, Trump was quick to adopt the most extreme views of the anti-abortion right, including publicly confirming their private stance that “there has to be some form of punishment” for women seeking abortions.

Vice President-elect Mike Pence enters office with a record of hostility to women’s health that surpasses any president or vice president in the modern era. As a member of Congress and then governor of Indiana, Pence consistently championed measures to give fertilized eggs the same rights as human beings, signed one of the country’s most restrictive abortion measures, and waged a war on Planned Parenthood that contributed to a needle-borne HIV epidemic when clinics closed.

But, more than what either man has done, women should be paying close attention to what they and their congressional allies now promise to do.

Gone from the transition website is any mention of controlling drug prices—and it’s no surprise that pharmaceutical stocks skyrocketed on news of Trump’s election. In its place, propaganda quickly appeared in support of industry-drafted legislation (which the NWHN has fought) to gut the Food and Drug Administration (FDA)’s ability to prevent unproven drugs and devices from rushing to market. And—despite Trump’s campaign promises to protect Medicare for working class supporters—he’s already begun adopting the language of Beltway Republicans about “modernizing Medicare” and “maximizing flexibility for States in administering Medicaid.”

To read between those lines, we need look no further than the budgets proposed by Speaker Paul Ryan (R-WI) since 2011 and his “outline” issued last year.

Over the last six years, Republicans have consistently voted to endorse Ryan’s plan to gut Medicare and replace its current guaranteed benefit with a voucher (“premium support” subsidy), which seniors would use to purchase insurance. Ironically, while the details have shifted over time, the core of “Ryancare” has always involved replacing Medicare’s public single-payer model with a system that looks a lot like “Obamacare’s” private insurance model—with one key difference.

Ryan’s vouchers are intentionally designed to lose value over time, with seniors picking up more and more of the tab. In a 2012 analysis, the Center for American Progress found that “the premium-support plan would force seniors to pay $1,200 more each year by 2030. The first seniors impacted by these changes could pay up to $59,500 more during retirement, while seniors who reach eligibility in 2050 could pay up to $331,200 more.”1

In addition, the Ryan plan raises Medicare’s eligibility age from 65 to 67, and re-opens the prescription drug donut hole closed by the Affordable Care Act (ACA), dramatically increasing costs for millions of women. These changes would be devastating for the 23 million women on Medicare, many of whom already have lower incomes and more chronic conditions than their male counterparts. And because women tend to live longer, they are much more likely to be plunged into poverty as they age. Two-thirds of all Medicare beneficiaries 85 and older are women.

The Ryan outline not only eliminates the ACA’s expansion of Medicaid, but also slashes the Federal investment in traditional Medicaid. States are given the choice between a per capita cap on funds or a block grant. In either case, states would be stuck with 100 percent of the costs above the capped amount. As with Ryan’s Medicare voucher, both the cap and the block grant are designed to lose significant value over time. As the Center on Budget and Policy Priorities noted last year, either would “radically restructure” Medicaid, saving the federal government money only by shifting costs onto vulnerable beneficiaries.2

Ryan’s outline also eliminates current Federal rules that require states to cover poor children and pregnant women. Instead, states would determine what groups to cover; be free to impose harmful work requirements and charge premiums; and could establish enrollment caps, lifetime limits on coverage, and long waiting lists. For example, Arizona sought permission from the Obama Administration in 2016 to impose a lifetime limit of five years for Medicaid expansion coverage. The Obama Administration rejected the request, but under Ryan’s plan, Arizona wouldn’t even have to ask.

When we look at the 19 states that did not adopt the ACA’s Medicaid expansion, we can clearly see the legacy of institutional racism at work in the 21st century. The Ryan plan seeks to exacerbate that legacy, allowing states to impose barriers to care that would disproportionately harm women, particularly women of color.

Trump has promised to make repealing the ACA his first priority. While the ACA was never a perfect package, the NWHN fought hard to enact and implement it because of its tremendous benefits for women.

The ACA extended insurance to more than 20 million people—reducing the uninsured rate to a historic low—and provided women with a safety net we’d never had before. Women live in poverty at higher rates than men do and are much less likely than men to have employer-provided insurance in their own names. Thus, even women with insurance are at greater risk than men of losing coverage following changes in their relationship status or in the family coverage offered by their spouse’s employer. And, of course, women are much more likely to be caretakers for their family and community members. The ACA’s Medicaid expansion meant that even very poor women could access insurance for the first time, while the subsidies for private insurance through ACA marketplaces put coverage within reach of millions of low-income working women for the first time.

But the ACA’s benefits also went deep into existing insurance markets and provided protections for millions of women who already had coverage. With Congress on the precipice of ACA repeal, women with private insurance face the return of bans for preexisting conditions, rescissions of coverage once they get sick, lifetime coverage limits, annual caps, unlimited out-of-pocket expenses, separate (and expensive) maternity policies, and the kinds of gender rating that led insurance companies to charge a smoking man less than a non-smoking woman—to name only a few.

Trump has tried to co-opt the language of reform—particularly around preexisting conditions—while offering protections that are paper thin and riddled with loopholes. By bringing healthy people into the system and preventing them from delaying purchasing coverage until after they’re sick, the individual mandate is the cornerstone of the ACA’s ability to prevent insurance companies from denying coverage for preexisting conditions. But Republicans have sworn to eliminate the mandate immediately, and only require insurance companies to offer insurance to those who maintain “continuous coverage.” If a woman loses her insurance or can’t pay her premiums for a few months, she’s no longer protected under “Trumpcare.”

Another such protection—namely, the guarantee that women can access preventive health services like mammograms, annual checkups, and birth control without out-of-pocket costs like copays and deductibles—is particularly vulnerable.

In a post-election interview in 2016, Ryan dismissed the birth control benefit as a “little nitty-gritty detail,” and refused to say whether it will continue in any plan to repeal and replace the ACA.

But the coverage is in jeopardy even without action by Congress. For many preventive measures including birth control, coverage without out-of-pocket costs is made possible by the ACA, but it isn't actually in the law itself. The law simply tasks an agency of the U.S. Department of Health and Human Services (HHS) with creating a list of preventive services to be covered.

That means that the Trump Administration has the power to unilaterally repeal birth control coverage: HHS simply needs to drop it from the list of approved preventive services. The process won’t be immediate—to change regulations, HHS will need to initiate formal rule-making and open a public comment period—but it could be in place by 2018, even if other ACA repeal measures are delayed.

Right-leaning media outlets have sought to downplay the threat of losing coverage. Women had access to birth control before the ACA, their thinking goes, and will do so again. Set aside the fact that millions of women truly did not have affordable access to the birth control method of their choice; instead, consider how much the political landscape has changed since the ACA’s passage. In the last six years, Republicans have fought two separate Supreme Court battles against contraceptive coverage on religious grounds. They have voted to strip the country’s largest women’s health provider, Planned Parenthood, of its eligibility for all Federal funds, including Medicaid reimbursements and Title X public health grants. They have voted to zero out Title X funding altogether. And, they have voted to insert so-called “conscience clauses” to allow employers, insurers, pharmacists, and more to deny contraceptive access to women.

We do not face a return to the way things were in 2008. We face an all-out war on women’s bodies. 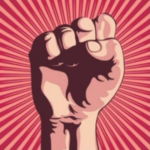 What Can You Do?

So should women be worried? Yes.

And then they should be motivated to fight.

Republicans have the power to impose lasting harm on women through parliamentary tactics like budget reconciliation, elimination of the filibuster, executive and judicial appointments, regulation, and extra-legal uses of official power to intimidate and silence critics and restrict voting rights.

But, Republicans also wrote the template for unified, unrelenting resistance. Through phone calls, marches, and town halls, women can make their voices heard. Through unceasing public pressure, women can ensure that elected officials are held accountable for every anti-woman vote. The NWHN will be working hard during the Trump Administration to fight these attacks. We ask you to join us. Talk to your family and friends. Contact your elected officials. Make your voice heard.

2. Park E and Solomon J, "Per Capita Caps or Block Grants Would Lead to Large and Growing Cuts in State Medicaid Programs," Center on Budget and Policy Priorities, June 22, 2016. http://www.cbpp.org/research/health/per-capita-caps-or-block-grants-would-lead-to-large-and-growing-cuts-in-state