Juneteenth: A Time to Celebrate, Reflect, and, Ultimately, Act

On June 19th, 1865, enslaved Black people in Galveston, Texas gathered at the Ashton Villa to learn their fate. Union General Gordon and over 2,000 federal troops had just occupied the territory, and there were rumors surging that the Civil War was over.

So, What Is Juneteenth? How is it Celebrated?

General Gordon, radiating a weary sort of gravitas, positioned himself on the large villa’s balcony, and, in the timelessly dry language of bureaucracy, confirmed the assembly’s dearest hopes. In General Order No. 3, he made it clear that the nearly two year old Emancipation Proclamation would be enforced:

“The people of Texas are informed that, in accordance with a proclamation from the Executive of the United States, all slaves are free. This involves an absolute equality of personal rights and rights of property between former masters and slaves, and the connection heretofore existing between them becomes that between employer and hired labor.”

On that day, Juneteenth was born, and has been celebrated for a century and a half in diverse and vibrant ways.

For some, it’s a day of family, fellowship, and food. For others, it’s a day where entire communities get together in jubilation for parades, concerts, community art projects, and speak-outs. And recently, Juneteenth has evolved into a day of action - a day to come together in support of Black lives in response to the police brutality that claimed the lives of George Floyd, Breonna Taylor, and many more.

This year, the National Women’s Health Network is celebrating Juneteenth by reflecting mindfully on the indelible connection between racism, the people that fight racism,  and women’s health. This post was written to shine a light on the many Black people who were harmed historically in the name of medical progress. But it is also a celebration of Black resilience, activism, and strength. The NWHN is confident that, thanks largely to the work of Black-led organizations on the ground, the next 100 years will not be like that last. We are proud to uplift and support these allies in the fight for equitable women’s health care.

Sims practiced medicine in the latter half of the 19th century. He is credited with developing groundbreaking reproductive health tools and techniques, such as the speculum and surgical operations to treat painful fistulas. But these advances came at an egregious cost. Sims tested his experimental and often dangerous designs on enslaved Black women, usually without anesthesia or their consent. To learn more about his use of Black bodies as medical test subjects, read this deep dive article. 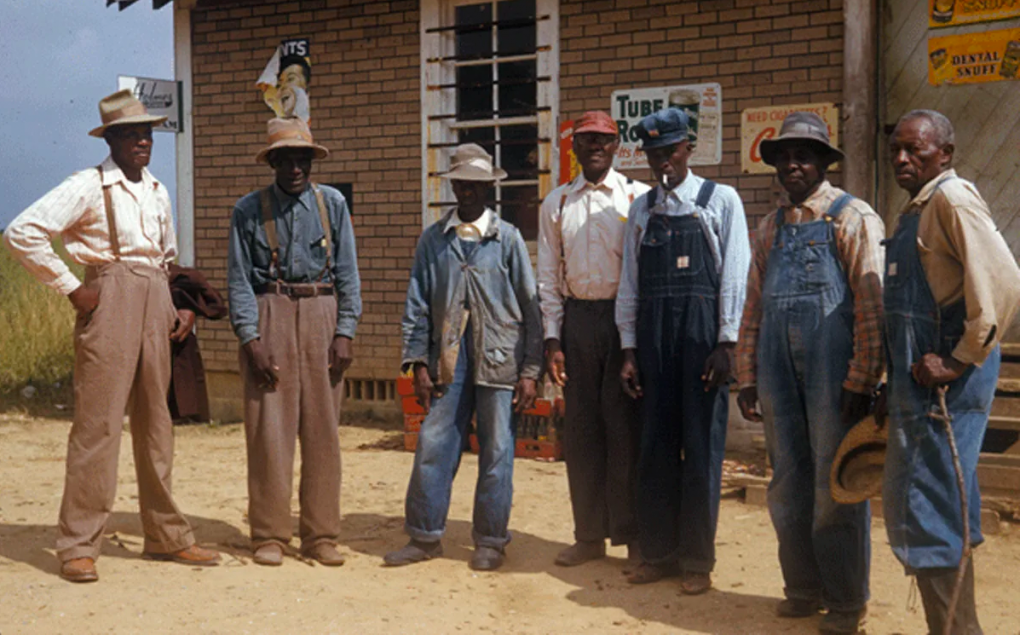 A group of men who were part of the infamous 'Tuskegee Study of Untreated Syphilis in the Negro Male,' a government-sponsored study that ran for decades before it was officially shut down in 1972. (National Archives)

. The Tuskegee experiment, which ran from 1932 to 1972, began when there was no known treatment for syphilis. Over 600 black men were recruited as study subjects, lured by the promise of free medical care, only for many to be given ineffective placebos. As their syphilis progressed, many of these men experienced blindness, early onset dementia, and other major health problems. This all despite the fact that penicillin became the recommended and effective treatment for the disease in 1947! To learn more about how this infamous experiment began, continued, and was eventually exposed and stopped, read this retrospective.

3. Henrietta Lack’s cells were harvested for research purposes without her knowledge while she was dying of cervical cancer.

Henrietta, a Black stay-at-home-mother of five children, died from the disease in 1951. But before that, a surgeon took samples of her cancerous tumor without her knowledge or consent. Unlike most human cells separated from the body, Henrietta’s cells stayed alive in a petri dish and kept multiplying. These extraordinary cells have been instrumental in genetic cancer research, and have helped develop drugs for treating hemophilia, influenza, herpes, and leukemia. To learn more about this woman, her cells, and her descendents, read this article, or pick up a copy of “The Immortal Life of Henrietta Lacks.”

There’s no two ways about it; stories like those told above are horrifying, and it can be easy to get discouraged, especially when we realize that some of these things happened in the not-so-distant past. But there is ample reason to hope for a brighter, more equitable future for women’s sexual and reproductive health. This Juneteenth, the NWHN would like to uplift three Black-led organizations working tirelessly in this space:

1. SisterSong is protecting the reproductive lives of marginalized communities.

SisterSong Women of Color Reproductive Justice Collective was formed in 1997 by 16 organizations of women of color from four mini-communities (Native American, African American, Latina, and Asian American). Their mission is to strengthen and amplify the collective voices of indigenous women and women of color to achieve reproductive justice by eradicating reproductive oppression and securing human rights. Click here to learn more about their programs and how to get involved.

2. The Black Women’s Health Imperative (BWHI)  knows how to use data to get things done in the world of women’s health.

For 38 years, The Black Women’s Health Imperative has been working to solve the most pressing health issues that affect Black women and girls in the U.S. They achieve this thought and action leadership by investing in evidence-based strategies, bold new programs, and by advocating for policies that promote health for everyone. To learn how to take action with BWHI, click here.

Founded October 2011 in Memphis, TN, SisterReach is a grassroots 501(c)3 nonprofit that supports the reproductive autonomy of women and teens of color, poor and rural women, LGBTQIA+ people and their families through the framework of Reproductive Justice. They do this by engaging in Education & Outreach, Policy & Voter Engagement, Culture Shift Initiatives, and Harm Reduction. To learn more about SisterReach’s four-pronged strategy, click here.

And Now, It’s Your Turn

How are you planning to celebrate Juneteenth? What organizations do you know of fighting to protect equity in women’s health? How are you showing up personally to be part of the solution? Let us know in the comments, or share your story with us here, and we may feature you on social media.