Natural Cycles is a high-tech version of the classic rhythm method (also called natural family planning or the fertility awareness method) in which users track their ovulation cycles in order to avoid pregnancy. But an app does not = birth control.

What is Natural Cycles?

Natural Cycles is the first smartphone application (“app”) for contraception cleared by the FDA. Natural Cycles is a high-tech version of the classic rhythm method (also called natural family planning or the fertility awareness method) in which users track their ovulation cycles in order to avoid pregnancy. It is one of several dozen fertility apps available for download in the US that uses personal health information uploaded by users to predict days on which it is and isn’t safe to have unprotected sex. It is marketed as a new, technology-based, and “100% natural” form of contraception. Natural Cycles does not prevent against sexually transmitted infections.

How Does It Work?

Natural Cycles combines data about your menstrual cycle and your daily basal body temperature to predict when you’re most likely to get pregnant.

App Data: BBT and Your Cycle

Your basal body temperature (BBT) is your baseline temperature when you’re completely at rest. It is measured by a special, more sensitive thermometer and should be your lowest temperature in a 24-hour period. BBTs are used in fertility tracking because there’s a slight increase in body temperature around ovulation.

Accurately recording your BBT is notoriously difficult because the temperature reading will change if:

The company stores data from your BBT readings and past cycles in its database. Then for a subscription fee, it crunches the numbers using a proprietary algorithm to make predictions about when you’re most likely to become pregnant. The app displays either a green “infertile” reading letting you know it’s safe to have unprotected sex or a red “fertile” reading warning you to abstain from sex or use a barrier method (like a condom). The app takes a conservative approach to assessing fertility and classifies indecisive temperature measurements as red/fertile by default. For someone with a regular period, the app shows red days from day 6 to day 16 of the menstrual cycle, on average. Natural Cycles is not a “stand-alone” contraceptive method. It must be paired with either abstinence or other methods of non-hormonal contraception on red days.

Natural Cycles brand influencers on social media promote the app but don't make its limitations clear. Waking up in the middle of the night to care for young children or pets can throw off your BBT.

It can take up to three months for the app to ‘learn’ your likely menstrual cycle. Natural Cycles’ maker claims the app is “effective from day one,” but that simply means that the app displays more red (use protection) days than green days until it has gathered enough data. On red days, you must either use a barrier method for protection or abstain from intercourse altogether.

However, there’s reason to believe that the failure rate may be much higher. Natural Cycles was first released in Europe, where women have reported issues with the app’s usability and false sense of reliability. The FDA disregarded these reports in their expedited clearance of Natural Cycles—possibly for political reasons—but the National Women’s Health Network believes that the app’s true effectiveness could be far lower than advertised. And in fact, the FDA itself warns that “Natural Cycles should not be used by women who have a medical condition where pregnancy would be associated with a significant risk to the mother or the fetus.” A new vaginal ring, Annovera, approved on the same day as Natural Cycles with a similar typical use failure rate did not carry this same warning, suggesting that even the FDA may believe the app’s real failure rate is higher.

Likewise, if you have an irregular menstrual cycle for any reason—for example, polycystic ovarian syndrome (PCOS)—or have recently been pregnant or had endometriosis, Natural Cycles is not recommended for you.

Similarly, it is likely that Natural Cycles was only tested on cis women and the effects of hormone therapy on the app’s success rate are unknown. However, because androgens can affect both the menstrual cycle and basal body temperature, if you are undergoing transgender hormone therapy, talk to your doctor before using Natural Cycles.

The Natural Cycles database stores highly personal medical information, including information that can identify you, as well as data on your sex life, pregnancy goals, contraceptive use, body temperature, menstrual cycle, dates of intercourse, ovulation test results, and pregnancy test results. The app it is not required to comply with medical information privacy laws. The app’s privacy policy permits its owners to sell user information to third parties and notes that it “may disclose your Personal Data in order to comply with a legal or regulatory obligation.” Learn more about the potential outcomes of data sharing or a privacy breach of Natural Cycles.

While the National Women’s Health Network strongly endorses the kind of body knowledge and self-care which Natural Cycles and other fertility awareness apps can foster, we have strong concerns about the app’s ability to replace other forms of contraception for most people. 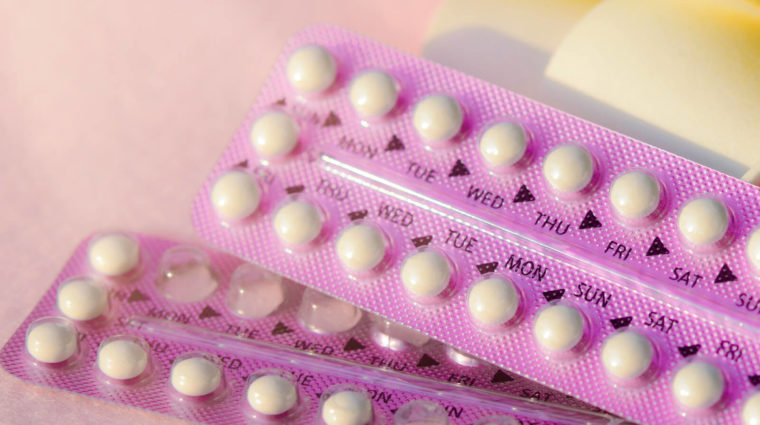 Comments Off on Changed “For Good”

Comments Off on What Comes Next?

Getting an IUD: How One Size Does Not Fit All

Comments Off on Getting an IUD: How One Size Does Not Fit All

My Doctor Won’t Remove My IUD

Comments Off on My Doctor Won’t Remove My IUD

Comments Off on Springtime: Hope Helps, But It’s Not Enough