The 1970 Senate Pill Hearings brought women’s voices to Congress for the first time. The hearings were based on the investigative reporting of a pioneering journalist, Barbara Seaman, who uncovered and publicized the Pill’s serious and life-threatening health risks. Seaman’s cause was taken up by Senator Gaylord Nelson (D-WI), who organized Congressional hearings in order to build support for public policies giving all patients the right to written information about the drugs they were prescribed. The hearings were the subject of intense interest because, at that time, it was rare to publically discuss either sex or birth control. They became headline news when members of D.C. Women’s Liberation, led by Alice Wolfson, injected themselves into the process. Standing up from their seats in the audience, the women loudly raised their objections to the fact that no women were either testifying at the hearing or serving on the Senate Committee. They demanded that women’s voices be heard. Their bold action provided inspiration for a growing women’s health movement, which demanded that decisions about women’s bodies can only be made with the involvement of women themselves. Seaman and Wolfson went on to co-found the National Women’s Health Network and the movement they and others sparked is the foundation our continuing advocacy efforts on women’s health.

For more information: A video clip of the Pill Hearings can be seen at the two-minute mark of the National Women’s Health Network history video: 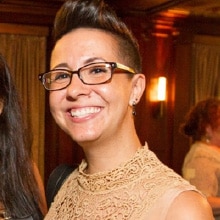 Unfortunately, not everyone involved in the business of making the drugs and devices that are marketed toward women takes a feminist approach to their work. That’s why the NWHN’s Challenging Dangerous Drugs and Devices Campaign is so important. It puts women’s health and safety first and demands that both of these are more than just an afterthought in the industry.