Sterilization Abuse: The Policies Behind the Practice

Instead of providing women with access to alternative forms of safe, legal, and reversible contraception, U.S. policy promoted the use of permanent sterilization. By 1968, women of childbearing age in Puerto Rico were more than ten times more likely to be sterilized than were women from the mainland U.S.

This article originally appeared in the January/February 1996 edition of the NWHN's print publication, "The Network News," as the eighth in a series of articles commemorating the history of the women's health movement and featuring the founders of the National Women's Health Network. It appeared alongside, "Dr. Helen Rodriguez-Trias: A Warrior in the Struggle for Reproductive Rights."

In 1968, a Puerto Rican demographer reported that women of childbearing age in Puerto Rico were more than ten times more likely to be sterilized than were women from the United States. The Puerto Rican sterilization rate of over 35% led to questions about systematic biases that influenced the practice of sterilization.

Since the United States assumed governance of Puerto Rico in 1898, population control has been a major effort. The U.S., worried that overpopulation of the island would lead to disastrous social and economic conditions, instituted public policies aimed at controlling the rapid growth of the population. The passage of Law 116 in 1937 signified the institutionalization of the population control program. This program, designed by the Eugenics Board, was intended to "catalyze economic growth," and respond to "depression-era unemployment." Both U.S. government funds and contributions from private individuals supported the initiative.

Instead of providing women with access to alternative forms of safe, legal, and reversible contraception, U.S. policy promoted the use of permanent sterilization. Institutionalized encouragement of sterilization through the use of "door-to­-door" visits by health workers, financial subsidy of the operation, and industrial employer favoritism toward sterilized women pushed women towards having "la operacíon." These coercive strategies denied women access to informed consent. More than one-third of the women in the 1968 study didn't know that sterilization through tubal ligation was a permanent form of contraception. The euphemism "tying the tubes" made women think that the procedure was easily reversible. 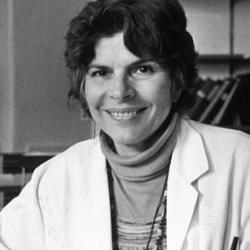 Dr. Helen Rodriguez-Trias, M.D. was a charter member of the NWHN and served on the NWHN board of directors from 1988-1996.

The practice of sterilization abuse was challenged by local coalitions. Puerto Rican women's groups, along with the movement for Puerto Rican independence, took up the fight against the injustices of the campaign to sterilize women. The economically disadvantaged women of Puerto Rico lacked access to information that would make contraceptive alternatives available to them. By denying access to reproductive health services for the women who were most in need of them, U.S. policy exerted its control over the growth of the the Puerto Rican population, as well as over the lives of many Puerto Rican women. Dr. Helen Rodriguez-Trias, M.D. summarized the situation in Puerto Rico: "Women make choices based on alternatives, and there haven't been many alternatives in Puerto Rico."

The U.S., like Puerto Rico, was not a stranger to forced sterilizations. As early as 1907, the United States had instituted public policy that gave the state the right "to sterilize unwilling and unwitting people." Laws, similar to Law 116, were passed in 30 states. These policies listed the insane, the "feeble-minded," the "dependent," and the "diseased" as incapable of regulating their own reproductive abilities, therefore justifying government-forced sterilizations. Legitimizing sterilization for certain groups led to further exploitation, as group divisions were made along race and class lines.

In the early 1970's, Dr. Rodriguez-­Trias was invited by a New York University Law School student organization to give a short talk about Puerto Rican sterilization abuse after viewing a related film. After her talk, Dr. Rodriguez-Trias was approached by a handful of audience members. Some were hospital workers who recalled stories of minority and disadvantaged women who were coerced into signing sterilization consent forms. Full information on the procedure and its alternatives was not provided. The case of a young woman, incarcerated by the New York City Police, was brought up in discussion. While being detained, the woman discovered she was pregnant and wished to have an abortion. She was taken to a public city hospital for the procedure. During counseling for the abortion, sterilization was offered as the best prevention of future unwanted pregnancies. Uninformed and misled, the young woman signed the papers and later regretted the procedure. In response to the treatment of this young woman, and the many other disadvantaged women who had been coerced into giving up their reproductive rights, Dr. Rodriguez-Trias and a handful of other New Yorkers formed CESA, the Committee to End Sterilization Abuse.

As awareness of abuses increased, the call for action became stronger. In 1974, the Department of Health, Education and Welfare (now Health and Human Services) published guidelines for sterilization procedures. These guidelines established a moratorium on sterilization of women under the age of 21 and on others without the legal ability to provide consent. A 72-hour waiting period between the signing of a consent form and the procedure was mandated. A written statement that women would not lose their welfare benefits if they refused the sterilization procedure, and that reserved a woman's right to change her mind and refuse the procedure anytime up until the surgery, even after granting original consent, served as informed consent. However, studies conducted by the ACLU and the Center for Disease Control in 1975 showed that noncompliance with the guidelines was widespread.

At this time, New York City public hospitals were bearing the brunt of regional complaints. These hospitals were the major source of health care for the city's economically disadvantaged, and consequently provided reproductive services for many of the city's poor women. The Health and Hospitals Corporation (HHC), the group that oversees the city's hospitals, became an important tool in the study, identification, and monitoring of sterilization abuse practices.

In early 1975, the HHC called on members of CESA, including Dr. Rodriguez-Trias, and members of other reproductive rights organizations, to serve on an ad hoc Advisory Committee on Sterilization Guidelines. The goal of the advisory committee was to set guidelines, like the HEW guidelines, for the public hospitals of New York City. These local guidelines hoped to promote the successful monitoring of sterilization practices. By identifying the weaknesses of the HEW guidelines, the advisory committee drafted a more effective set of regulations that were aimed at protecting the rights of the women who were mistreated in the past. The committee's guidelines required a 30-day waiting period from the signing of the consent to the procedure. During this time, hospitals were required to offer counseling services. These services were to be provided in the language that the woman spoke, and would not be given by the doctors themselves, but by a counselor removed from the clinical experience. As part of the consent, women described their understanding of the procedure and the alternatives available, so that there was no doubt that she understood the permanence of the procedure. The guidelines suggested by the advisory committee became effective HHC rules on November 1, 1975.

The guidelines set forth by the HHC could only be applied to the city's public hospitals. In response, Public Law #37 was passed by the New York City Council in April of 1977, making the HHC guidelines the law of the city, applicable to both public and private facilities. Failure to comply with these regulations would result in a penalty. Public Law#37 was unique in that past guidelines were expanded to include the regulation of the practice of sterilization on men as well as women.

With success in New York City, groups in other regions looked toward pursuing similar goals. In Los Angeles, a group of ten Mexican-American women successfully sued the County Hospital for denying them informed consent.
These women, who only spoke Spanish, were coerced into signing consent forms in English, while some were in labor and others were under anesthesia. Since the successful settlement of this case, the L.A. County Hospital has become squeaky clean when it comes to following sterilization guidelines.

Even with these many successes, less fortunate and poorly educated women are still being denied the reproductive freedoms available to other women, and entitled to all. Dr. Rodriguez-Trias believes that although the organization of local groups has been effective in the sharing of information as well as in applying pressure to policy makers, only with raised consciousness, informed consent, and the existence and accessibility to real alternatives, can freedom of choice become a reality for all women.