Whose Right to Free Speech? How Pharma is Co-opting the First Amendment for Profit

The First Amendment’s protection of free speech is a cornerstone of individual freedom in the United States. However, not all speech is equally protected under the Constitution. Speech that threatens the safety and wellbeing of others can be limited under longstanding legal precedent. 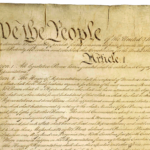 Similarly, for most of our nation’s history, First Amendment rights applied to individuals, not corporations. Now pharmaceutical and medical device companies are arguing that they have a right to free speech, even if that speech could put countless lives at risk.

Currently, the FDA prohibits drug and device makers from engaging in what is called “off-label communication.” These companies are only allowed to advertise their products for the specific use that the FDA approved, which then appears on the drug or device’s official label. For example, companies cannot advertise that a drug proven safe and effective for preventing hair loss can also cure cancer until they prove that to the FDA. If a company oversteps these restrictions by exaggerating the effects of its product, misleading consumers, or marketing for an off-label use, the FDA can demand those communications cease immediately. 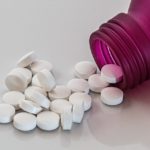 In contrast, doctors prescribing off-label is both legal and common. Sometimes, doctors prescribe a drug for a different population, a different disease, or in different doses than the label indicates. This practice allows doctors to adapt to clinical research findings even if the label has not caught up yet. For example, the standard of care for medication abortion evolved with new research even though the manufacturer was slow to request an updated label for political reasons.

Pharmaceutical companies want to close the gap between what doctors can prescribe and companies can promote. They argue that circumventing consumer protections will benefit patients because off-label promotion “can be an invaluable source of information for both provider and patients, as manufacturers have the most up-to-date and comprehensive information about their products.”

There is plenty of reason to think that profit, not consumer interest, is behind their push. As Senator Elizabeth Warren (D-MA) noted last November,

[Drug companies] could make a whole lot more money selling a headache pill as a cure for everything from hair loss to cancer. But pushing treatments without scientific evidence that they work is fraud—fraud that can hurt people.  It also undercuts the development of real cures.  That is why some of the largest law enforcement actions against big drug companies in the last fifteen years have involved off-label marketing. Drug companies have paid billions in penalties. One solution would be for these companies to start following the law. But they prefer plan B… Make it easier for drug companies to get away with fraud.
But are the pharmaceutical companies right? Would allowing off-label promotion be good for consumers? Significant evidence suggests otherwise.

When a drug or device is submitted to the FDA, it undergoes a meticulous review process whereby scientists analyze data to determine if the product is both safe and effective in doing what it is supposed to do. All medical products pose some risk, so reviewers weigh those risks against the clinical benefit to decide if one should be approved. This underscores why off-label promotion can be so dangerous: a drug that poses moderate to serious risk is more likely to be approved for a serious illness like cancer as opposed to a non-life threatening ailment. The drug’s intended use directly shapes the risk-benefit relationship.

As Senator Warren mentioned, the pharmaceutical industry has not always followed these guidelines, and off-label promotion happens more often than we think. These violations offer us an opportunity to evaluate beyond the hypothetical—not just what can happen when drugs and devices are promoted off label, but what already has.

For example, off-label promotion of menopause hormone therapy (HT) in the eighties and nineties persuaded women and prescribers that it reduced the risk of cardiovascular disease, and could possibly reduce the risk Alzheimer's. Not only were these claims never approved by the FDA, there were no well-designed, long-term clinical trials to back them up. The FDA review process would have forced pharmaceutical companies to conduct these trials, but it was more profitable for companies to accept the risk of being fined than to invest in producing this evidence. 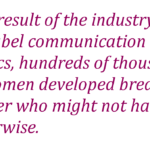 Off-label promotion of menopause HT was prolific; it included branded and unbranded direct-to-consumer (DTC) ads, celebrity endorsements, “ghostwritten” articles in scientific journals, pre-made slide sets for researchers, and influence in shaping the content of Continuing Medical Education (CME) courses. When pressure from the NWHN and other consumer advocacy groups resulted in the first large clinical trial to assess these claims—the Women’s Health Initiative—the world learned that not only did menopause HT fail to protect against heart disease and Alzheimer's, it actually led to an increased risk of breast cancer. As a result of the industry’s off-label communication tactics, hundreds of thousands of women developed breast cancer who might not have otherwise.

Menopause HT is far from the only example. In early January 2017, the FDA released a detailed memo making an explicit legal case as to why the FDA has a role in regulating off-label communications due to “substantial government interests related to health and safety.” The memo highlighted numerous instances when off-label promotion harmed patients and re-affirmed that the real-world consequences of off-label communications can include disability and death for those affected.

The Battle at Hand

But those well-documented harms haven't stopped drug and device makers from arguing that they have a First Amendment right—as long as they are “truthful and non-misleading”—in promoting products for uses that have never been proven safe and effective. And Big Pharma is not the only industry using the First Amendment to gut critical consumer safety protections. 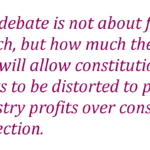 The future of this issue remains uncertain. The FDA recently re-opened a comment period on off-label communications in order to gather more public comment on First Amendment issues. Scott Gottlieb, the FDA commissioner recently appointed by Donald Trump, has deep ties to the pharmaceutical industry and is well known for pushing industry’s agenda. With Gottlieb at the helm, we fear these arguments will find a sympathetic ear.

At its core, this debate is not about free speech, but rather how much the FDA will allow constitutional rights to be distorted to place the profits of pharmaceutical companies before consumer protection. Drug and device manufacturers should not be allowed to hide behind the First Amendment in order to market their products in ways that undermine the integrity of the FDA’s regulatory role and review process. Americans deserve better than to have their rights distorted and used against them. We hope our FDA commissioner agrees.

Caila Brander, MSc, is a former NWHN Policy Fellow, and a current NWHN member. Her work as a public health researcher has been featured in the international AIDS 2020 and Interest 2020 conferences. Today, Caila informs women’s health policy as Senior Program Associate at Results for Development.