The emotional experiences of a medication abortion and a spontaneously occurring miscarriage may be very different. There’s no right or wrong way to feel! But the physical process, risks, warning signs, potential complications, and treatments are the same.

Why Discuss Miscarriage or Abortion?

In the United States, pregnant people are often discouraged from revealing their pregnancies in the first trimester. Many people feel like they can only discuss their miscarriages or abortions with their closest friends or family members, creating a veil of secrecy and shame around a very normal part of human reproduction.

Fake women’s health clinics (sometimes referred to as “crisis pregnancy centers” or “pregnancy resource centers”) have been known to capitalize on this lack of knowledge, significantly exaggerating the likelihood of miscarriage in an effort to dissuade people from seeking desired abortions or lying about the health effects of abortion.

This fact sheet seeks to demystify and destigmatize what happens when an early pregnancy ends to help pregnant people know what to expect, when they can safely manage the process at home, and when they need to seek help.

Why Talk About Miscarriage and Medication Abortion Together?

What should I Expect?

The end of an early pregnancy can be taxing physically and sometimes mentally. Physical recovery can range from a few days to a few weeks. Emotional recovery can take longer. Whatever the experience, take measures to make the process as comfortable as possible.

Additionally, it’s important to note that symptoms will vary person-to-person; some early miscarriages may seem like an unusually heavy menstrual period. Symptoms depend on a range of factors, including how far along the pregnancy is. Each body is unique and no experience is exactly the same. If something feels wrong, contact a health professional right away.

Will I Have Bleeding or Spotting?

Some bleeding during an early pregnancy is not unusual. Blood is not always an indicator of a miscarriage, and a pregnancy can continue without complications after some spotting. However, if blood is darker or lasts for more than a couple of days, this is a stronger indication of a miscarriage. In contrast, when people choose to end a pregnancy using medication, bleeding is expected and a sign that the pills are working. The further along a pregnancy, the heavier the bleeding will likely be.

Will I Have Cramps?

Some cramping or slight discomfort is not unusual in early pregnancy. However, during a miscarriage or medication abortion, the body goes through contractions in an effort to expel tissue in the uterus. Experiences of pain range in severity, but if you cannot manage the discomfort with standard over-the-counter pain relievers you should see a health care provider. During a medication abortion, if contractions do not begin within a few hours, this may be a sign that the pills are not working.

What if I Have Blood Clots and/or Tissue Passing From My Vagina?

Everyone experiencing the end of an early pregnancy will have some bleeding. Depending on the amount of flow, and how quickly it passes through the vagina, there may be some blood clots. If the pregnancy was longer than eight weeks, it is more likely that visible fetal tissue may pass. It could be mixed in with clotted blood, or visible as small but distinct bit of grayish tissue. Tissue passing is nothing to be concerned about, and the tissue itself can be flushed safely.

What Are Other Symptoms?

Following longer pregnancies, the cervix may soften to allow an easier passing of fluid and tissue. Physicians recommend avoiding putting anything into the vagina, such as tampons or insertive sex, for up to two weeks after an early pregnancy ends to avoid infection.

hCG, the hormone associated with pregnancy, may take between 4 – 6 weeks to return to its pre-pregnancy resting state. Typically, the further along the pregnancy was, the longer it will take for hCG to disappear. Pregnancy side effects such as morning sickness and breast tenderness will begin to disappear as hCG drops. A pregnancy test can confirm when hCG has lowered to its normal level.

The first menstrual cycle after the end of early pregnancy will be different from previous periods. It should return within four to eight weeks and may be heavier, as your body is still trying to expel thicker uterine lining. Elevated levels of hCG and other hormones may alter the timing and length of your period.

Whether an early pregnancy ends spontaneously or as the result of intervention with pills, it will not impact your ability to become pregnant again. Having one miscarriage does not change the likelihood that a person will be able to get pregnant again. There's also no evidence that an abortion impacts fertility. However, having more than one miscarriage may indicate an underlying chromosomal cause that will require further testing.

When Should I Seek Help?

Most of the time, a miscarriage and a medication abortion can both occur safely. However, there are some signs that you should seek outside assistance. If you have foul-smelling discharge, a fever, persistent cramping, or if bleeding increases or stays bright red, contact your health care provider. There is a possibility that your body is struggling to remove all parts of the pregnancy, and there is still tissue in your uterus.

There are typically two options to remove the tissue and prevent infection:

Both medication and physical removal are completely safe, and the choice between the two is usually up to the individual.

When seeking medical care for either an incomplete miscarriage or abortion, it is not necessary to tell medical personnel whether you have had an abortion or a miscarriage. Trusted resource Women on Web notes, “there are no tests that can show that a pregnant person has done a medication abortion,” and “any clinic that can deal with complications of miscarriage can also help women with incomplete abortions, because the symptoms are the same.” 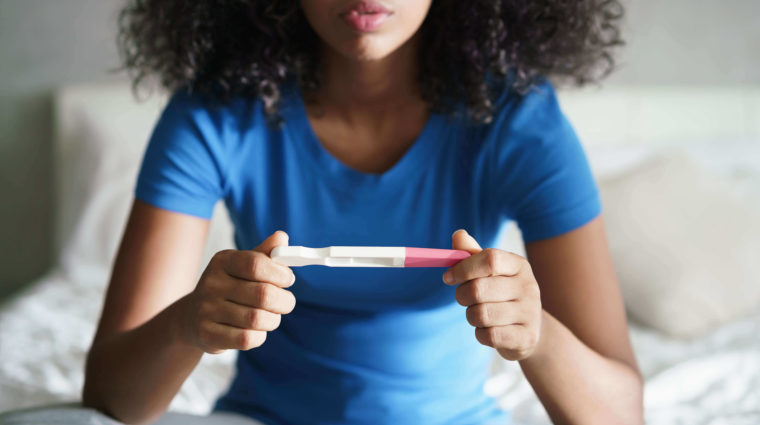 See What Else the NWHN Is Doing to Ensure Access to Accurate Information About Abortion.

Comments Off on Safe Abortion Options for Minors?

Comments Off on Policy Facts: Abortion with Pills (Medication Abortion)

Comments Off on Reproductive Justice and Childbearing Women

Lift the Bans for All of Us

Comments Off on Lift the Bans for All of Us

Comments Off on The FDA Must Permit Pregnant People to Get the Abortion Pill Where They Have the Abortion — at Home!