Why is getting covered through Medicaid so much harder than Medicare? There are lots of superficial answers but, at heart, the answer is "racism."

I received innumerable calls in the last few months encouraging me to sign up for Medicare. The callers know one important fact about me: I’m turning 65 soon. With a few exceptions, age is all that counts with Medicare. Turn 65 and you’re eligible. The story was different when my 27-year-old daughter enrolled in Medicaid during a gap between jobs. She faced endless questions: Where had she worked, for how long? How much was she paid? What date was she laid off?

"There are lots of superficial answers but, at heart, the answer is racism."

Although she and I both live in Maryland, which has relatively generous Medicaid benefits, applying for Medicaid and following its intrusive reporting rules to remain covered was a time-consuming and frustrating experience.

Why Is Getting Covered Through Medicaid So Much Harder Than Medicare?

There are lots of superficial answers but, at heart, the answer is “racism.” Racism also underlies the current threats to Medicaid, which are worse now than at any time since its creation. In 2017, Republicans tried to take away Medicaid from 15 million people by slashing funding and removing guaranteed eligibility for pregnant people, low-income children, and people with disabilities. When that failed, the Trump-Pence administration encouraged states to push people off Medicaid by creating extraordinarily difficult requirements to maintain coverage. The first state to implement some of these policies, Arkansas, saw more than 18,000 people lose their Medicaid coverage in just six months. In contrast, while conservatives dream of cutting Medicare, in practice, the program hasn’t faced the same attacks, such as eligibility restrictions, funding cuts, or excluding beneficiaries from the program. 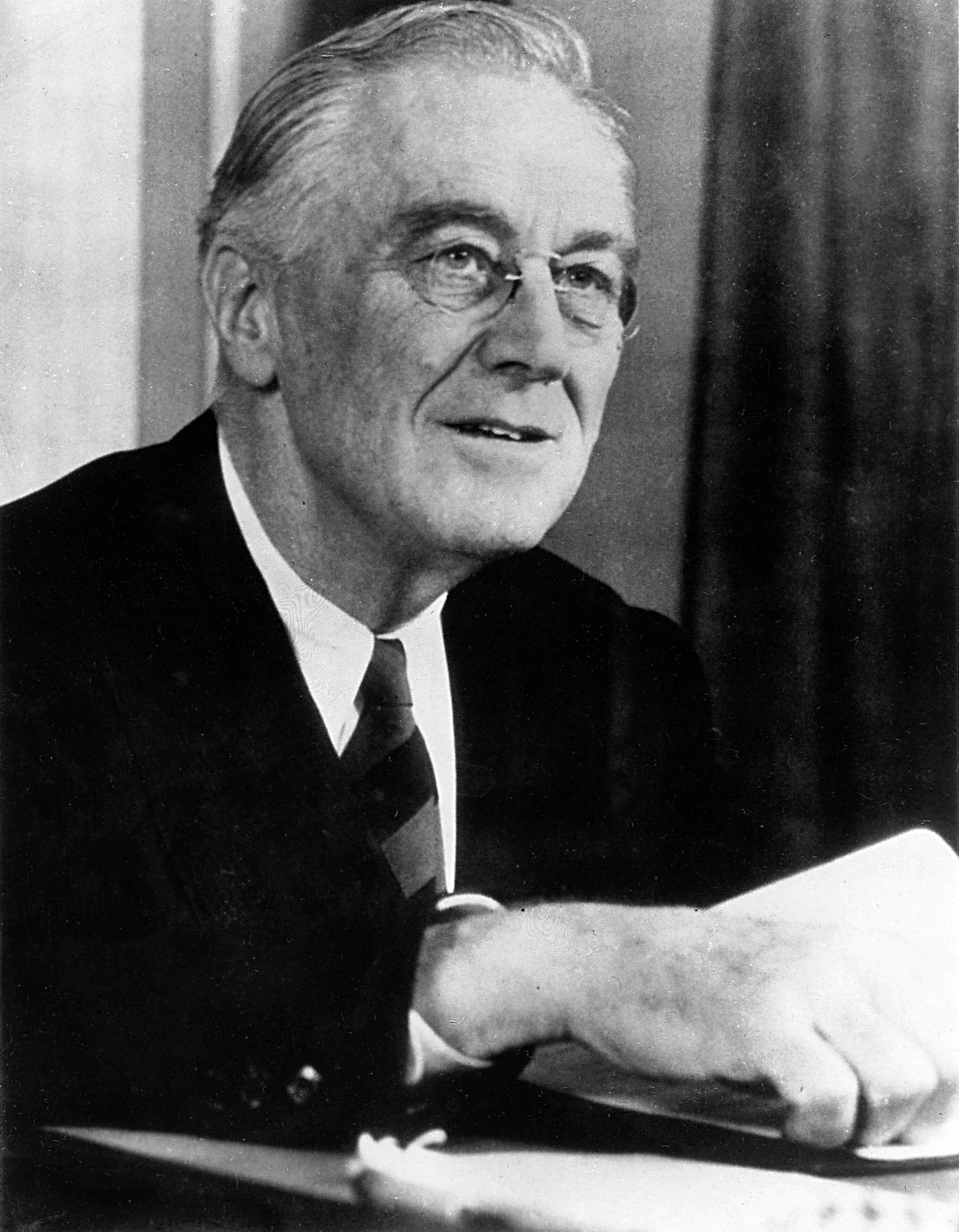 Medicare and Medicaid are so different, it’s hard to believe they were created on the same day, in the same piece of legislation. Think of these twin programs as more like Danny DeVito and Arnold Schwarzenegger in the movie Twins than Mary-Kate and Ashley Olsen. The programs were both born on July 30, 1965, but their story starts back in 1935, when President Franklin Roosevelt proposed a social security program to create a universal safety net. Southern Whites furiously opposed this proposal, because the federal assistance provided to Black workers might upset the racial hierarchy that kept most Southern Blacks economically dependent on Whites. Roosevelt capitulated, and the 1935 Social Security Act excluded domestic workers and agricultural laborers.[1] As a result 60% of Black men and 80% of Black women were not covered.[2]

Warping public assistance programs to exclude Black households was fully in force by the early 1960s. Welfare (officially, “Aid to Dependent Children”) allowed states to provide coverage only to those living in “suitable homes,” giving states the leeway to disproportionately exclude families of color. Southern states often rescinded coverage of Black workers during harvest season to coerce them into taking low-wage jobs under brutal conditions. When, in 1964, President Lyndon Johnson proposed a series of new programs called “The Great Society” — including Medicaid and Medicare — he faced significant congressional opposition.

The Democratic landslide in the 1964 election gave public health advocates a chance to finally establish a federal health care program. Proponents mobilized around insuring older folks,[3] and Johnson successfully neutralized the opposition of the American Medical Association (AMA) and Wilbur Mills, the House Ways and Means Committee’s powerful and racist chair. Medicare passed easily,[4] with equal eligibility across all states and no “worthiness” tests.

Built on a Foundation of Racism and Discrimination

But while the same congressional act created Medicaid and Medicare, only Medicaid was built on the foundation of earlier public assistance programs, with all their existing racist, distorted, and discriminatory aspects. It expanded health coverage to specific categories of people (i.e., people with disabilities, the blind, mothers with dependent children) but imposed means and asset testing and allowed states to determine income eligibility for coverage.[5] [6]

Ceding coverage decisions to the states let the Jim Crow South drag its feet; 32 other states adopted Medicaid before even one former Confederate state did[7] and Southern resistance continued for decades. The federal government mandated that parents of dependent children be covered but, in reality, coverage was almost unobtainable in Southern states, which capped eligibility at income levels as low as 10% of the federal poverty level (FPL).[8] Even when the federal government offered matching funds to encourage states to cover pregnant women, working parents, and certain low-income children, Southern states rejected most of these opportunities.[9]

The ACA levels the field, the Confederates strike back

The Affordable Care Act (ACA) sought to fix this unequal, unjust system by requiring states to participate in Medicaid and equalizing eligibility in all states. For the first time, low-income American adults would be guaranteed access to health care coverage under the law no matter where they lived in the U.S. and states couldn't play games with their eligibility requirements to deny coverage to people of color. If a state denied someone coverage under the old rules, she would still qualify under the expansion.

Southern states fought back, challenged the ACA's Medicaid expansion in court — and won.[10] In a shocking decision that appears to have had more to do with horse-trading than substantive legal precedent, the conservative Supreme Court upheld the Medicaid expansion in 2012 but made it voluntary, thus restoring the racism baked into Medicaid's founding.

Today, most formerly Confederate states continue holding out.[11] Louisiana expanded in early 2016, after electing a governor in 2015 who campaigned on the issue. But pro-coverage candidates in Georgia and Florida have lost. Most recent expansion successes have been in smaller, rural, predominantly White states outside the South, such as Maine. In 2016, voters approved full Medicaid expansions by ballot initiative in Utah, Idaho, and Nebraska, although those GOP-dominated legislatures are poised to roll back much of that coverage. Nine years after the ACA became law, a disproportionate share of Blacks don’t have coverage, in large part because of the Southern states' refusal to expand Medicaid.

"Empowering States" to Take Away Coverage

We’ve reached the limit of what economics-based rational self-interest arguments can do - the remaining opposition isn’t rational, it’s rooted in deeply held prejudices.

For example, Arkansas’ new waiver allowed it to implement work requirements for months, with disastrous results. In a blatant effort to strip coverage, the new rules also initially required Medicaid enrollees to report on-line, even though many rural areas, which are disproportionately Black, lack internet access. But even with a new phone reporting option, the rules remain complicated and difficult to comply with — by design. Despite the lofty rhetoric of personal responsibility, work requirements are not really intended to promote work. Rather, they serve to make compliance so burdensome that even working adults or those nominally exempted from the requirements, can't maintain their coverage. This particularly harms women. From our perspective, “empowering states” sounds a lot like “states’ rights,” the rallying cry of Southern states against federal civil rights legislation.

As of April, the federal government has approved work requirements in 7 states, with a number of other states applying for such approval, though court challenges have delayed implementation for Kentucky and rolled it back in Arkansas. Medicaid coverage is also being attacked in explicitly racist ways in states outside of the Jim Crow South: for example, Michigan’s Republican legislators wrote their work requirement proposal to target urban Black residents while exempting rural White ones.

These attacks threaten a valuable program and reinforce racial discrimination that was baked into Medicaid from the beginning. When it comes to expansion, we’ve reached the limit of what economics-based rational self-interest arguments can do, because the remaining opposition isn’t rational, it’s rooted in deeply held prejudices.

What Can Be Done?

Our Raising Women’s Voices initiative starts at the grassroots, and organizes across race and class. Join us in working to make Medicaid a true safety net for all, so people don’t have to wait until they’re 65 to get the coverage they need and deserve. Learn More

Special thanks to Sarah Christopherson for useful discussions and feedback.

Cindy Pearson was the NWHN’s Executive Director from 1996 to 2021. One of the nation's leading advocates for women's health, Cindy often testified before Congress,  NIH and the FDA and was frequently featured in the news as a consumer expert on women’s health issues. When she retired, Cindy received a Congressional Resolution in honor of her outstanding contributions to the health of women and girls.

Fighting Fear With Facts: What to Know About the Public Charge Rule

Comments Off on Fighting Fear With Facts: What to Know About the Public Charge Rule

Comments Off on NWHN Endorses the Women’s March on Washington

ACA 101: How does the ACA work? What health care fights lie ahead?

Comments Off on ACA 101: How does the ACA work? What health care fights lie ahead?

Contraceptive Coverage Under the ACA: Clinics, Claims, and Counterpoints

Comments Off on Contraceptive Coverage Under the ACA: Clinics, Claims, and Counterpoints

Why Are Patient Groups Silent on High Drug Prices?

Comments Off on Why Are Patient Groups Silent on High Drug Prices?