The History Behind Your Birth Control

Today we’re saying #ThxBirthControl to celebrate the ways that birth control gives people the power to plan, space, and prevent pregnancy, empowering them to determine their own reproductive futures. Recognizing the importance of affordable, safe, and effective contraception in women’s lives is even more important in the face of ongoing attacks from the Trump-Pence administration. 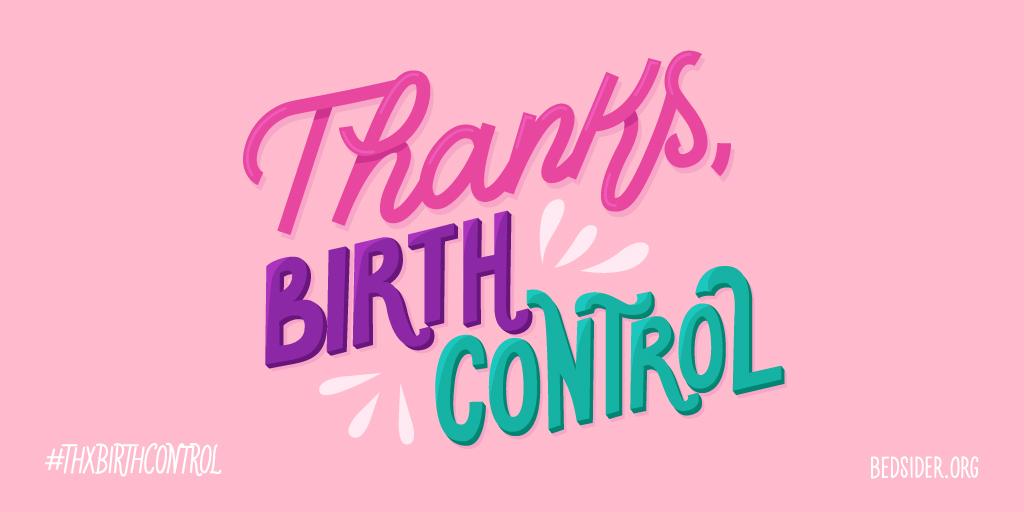 Birth control is health care. Which is why the NWHN has been fighting against the administration’s efforts to take taxpayer money away from real reproductive health clinics serving low-income people and give it to fake clinics that coerce, shame, and lie to women. It’s why we fought for the ACA’s contraceptive coverage mandate and why we have been fighting, challenge after challenge, to save it. It’s why we work with great organizations like Free the Pill to ensure that affordable oral contraceptives are available to everyone without a prescription. And it’s why we were at the FDA this October to testify in support of increasing the kinds of safe and effective methods on the market.

But today is also a chance to reflect on our history and to lift up the experiences of women whose stories aren’t always told. What is now a popular, safe, and effective method to prevent unplanned pregnancy was once unregulated and dangerously used on Puerto Rican women. So today we say “thanks, birth control!” and promise to keep fighting to make it available to everyone while also being honest about how we got here to ensure that we never repeat the injustices of the past.

A Brief History of Puerto Rico

In 1898, the island of Puerto Rico became a prize, along with Cuba and the Philippines, for the U.S. after the Spanish-American War. However, unlike Cuba and the Philippines, Puerto Rico was never released and instead remains an official territory of the U.S. In 1901, Puerto Rico’s first U.S. governor insisted that there were too many laborers on the island with poor living conditions, initiating what would become a lasting fear of overpopulation and making the island a target for coercive and forced sterilization and contraceptive use.

In the 1930s, Puerto Rico legalized contraception. But it also encouraged physicians to coerce women into receiving certain contraceptives and even sterilization based on their physical, mental, or socioeconomic status. The governor stated that this was going to be the solution to overpopulation and poverty on the island.

Between 1936 and 1939, the Maternal and Child Health Association, a network of clinics throughout the island, introduced different methods of birth control to the women of Puerto Rico. But because of the racist and classist rhetoric that had accompanied fears of overpopulation from the beginning, these contraceptives were targeted at disproportionate rates to less educated women of low socioeconomic status.

When the first hormonal pill was developed in Massachusetts in the 1950s—a significantly higher dose formulation than anything on the market today—researchers saw Puerto Rico as the perfect place to conduct large scale tests on vulnerable, poor, less educated women without their informed consent. Women eager to gain control over their reproductive lives were told that the pill would help them prevent pregnancy. But they were never told that the pill was experimental and not approved by the FDA, that they were participating in a clinical trial, and that side effects could range from nausea, dizziness, severe cramping, and depression to blood clots and even death. When women came forward with concerns, they were dismissed. When three women taking the early formulation of the pill died, their deaths were ignored.

And when the trials were over, the researchers “packed their bags and returned to Massachusetts,” according to historians. “After months of enduring vaginal smears and more invasive procedures, most of the participants were left high and dry—denied both compensation and the drug they had helped create.”

By 1960, the Pill had been approved by the FDA and was being marketed on the mainland United States as a contraceptive for married women. In 1961, it was marketed as a contraceptive in Canada and the UK. By 1965, it was being taken every day by 6.5 million US women. The dangers that had been ignored in the Puerto Rican trials were suddenly introduced on an exponentially larger scale.

In 1969, NWHN co-founder Barbara Seaman published The Doctors’ Case Against the Pill, highlighting those dangers. Her book would become the basis for the Senate Pill Hearings in 1970. At the hearings, NWHN co-founder Alice Wolfson and others stood up from their seats in the audience to protest the fact that no women were either testifying at the hearing or serving on the Senate Committee. They demanded that women’s voices be heard, asking “Why are 10 million women being used as guinea pigs?” As a result of the Pill Hearings and the activists who spoke up, we now receive written information on the medications that we are prescribed and researchers were pushed to develop much lower dose, and much safer, formulations of the pill.

While the voices of Puerto Rican women had been covered up during the trials and excluded from testifying at the Pill Hearings, they refused to be silenced. Puerto Rican doctor, activist, and NWHN board member Dr. Helen Rodríguez-Trías, for example, became one of the faces of women’s health, dedicating her life’s work to fighting for the reproductive rights of women in Puerto Rico and throughout the US. She was instrumental in many feminist actions both on the mainland and on the island. The NWHN internship program is named in her honor.

Because activists fought against a medical establishment that ignored the voices of women, oral contraceptives are safe and effective, and critical to the health and economic wellbeing of women in the US and worldwide.

Today we fight to ensure that everyone can access their desired form of birth control in a timely and affordable manner! But we also recognize the trailblazing women who made these great advances in women’s health and acknowledge the marginalized women of color who made this all possible.

As Audre Lorde once said, “I am not free when any woman is unfree, even if her shackles are very different from my own.” A big part of our celebration and continued advocacy must include the stories of all the women who helped us get to this point.

For more information about the NWHN’s impact on policies related to women’s health: Explore the “History” and “Policy Advocacy” tabs on the homepage!